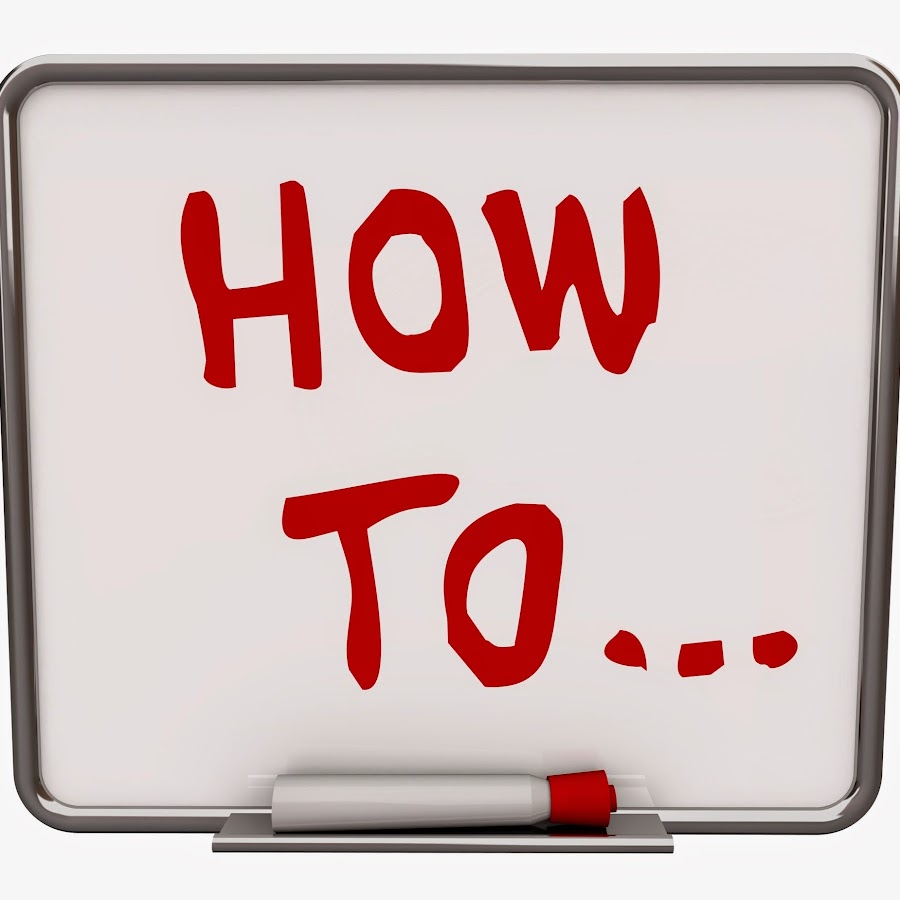 Frankly, there is a use for both YouTube instructional videos and certain how to sites and blogs that escapes many people. Apprenticeships are very hard to come by nowadays, especially the ones for skills that are becoming lost like woodworker, bookbinder, etc. We’ve had a couple of generations of people who have looked down on handyman skills and the trades, as well as (to some extent) many aspects of homemaking.

Now that many people are wondering how they can fix things on their own, and did not learn how to do other things from their parents, the Internet is becoming somewhat of a surrogate parent and a journeyman instructor to the world at large.

For example, I find that many of the skills that I learned from my mother were things that my peers never learned. I’m sure many other women had parents who taught them how to cook from scratch or do simple mending, etc. But now there are all sorts of cooking blogs and cleaning “how to” videos. There is an almost infinite list of things that you can learn to become an efficient homemaker or fix it yourself, but the last two or three generations – depending on how you define a generation – have decided that they would rather go to college and hire someone to do the menial work.

The same thing has gone for people who know how to repair things. My father was able to fix his own television, air-conditioner, car… Heck, he even rebuilt the engine on one of his cars! And I was his assistant at his elbow because I was the eldest child.

What I find fascinating is that many of the most recent generation are actually hungry for a lot of these “lost skills.” I’m not saying that everybody lost them, neither am I saying that everyone wants them, but a big enough segment of the population actually reads or watches such instructional things that I thought I would comment on the phenomenon.

It seems to be something that science fiction writers and futurists simply did not anticipate. With the exceptions of the rather prevalent “AI that helps characters navigate life” trope, or some sort of magical gift where a character suddenly knows how to do something, I don’t see a lot of characters that pass on knowledge to the next generation.

It’s as if my industry peers have had on blinders: modern people couldn’t possibly want to have that sort of knowledge; we’ve moved past all that! Such work is demeaning to women, or working with one’s hands is demeaning to whoever. It is an attitude that, to me, echoes the classes of society in old England where those in the aristocracy looked down on those who were servants, got their hands dirty, or were merchants for living. It’s a sort of cultural snobbery, a looking-down-your-nose at those who are lesser beings, and I find it distasteful.

Meanwhile our newest generation seems to be shaking off that sort of thinking. Just last week, when we were out Christmas shopping, my husband and I ran into a nice young man with whom we struck up a conversation. He skipped college and went straight to becoming a diesel mechanic. He’s in his mid-20s and making $70,000 a year to start, and he has absolutely no student loan debt. (In fact there is such a shortage of people with this skill that employers are actually paying people to take courses in it!) We heartily congratulated him for not taking on debt that might not ever be able to be repaid in the current economy. I realize one anecdote does not a trend make, but I am seeing similar rumblings on Twitter.

Maybe it’s our schools not teaching basic science. I was once at a convention where five of the off-site attendees could not understand why the window A/C they had set up IN the room, not through the window, was not cooling off the room. Of course not; they had so little understanding of practical science that they did not understand that the process of cooling meant excess heat was created, and with the unit not mounted in a window it was dumping the heat inside, not outside. It sure should have been obvious if they took basic high school sciences. My husband and I patiently explained the science involved  and tried to explain how entropy worked. Surrogates, for teachers this time.

Another young person, just staring in construction, had no idea how to hold a hammer (no, not half-way up the handle…) My husband has helped young men do basic home repairs. MacGyver became a popular TV show because the title character understood how to fix things. I seriously wonder why no one has recently written something in long form that qualifies as “MacGyver in Space” since the old days of Alas, Babylon, Footfall, or Lucifer’s Hammer. Those had lots of improvisational engineering; except for the short form in Analog, where are such stories now?

Meanwhile, I’ve  mentored several young women who wanted to be full-time homemakers but did not have a clue as to where to start. I understood their desire; I’d wanted nothing more than to be a wife and a mother when I was younger. My construction safety career was a poor second necessitated by the fact that I was abandoned and had children to feed and clothe. One of the young women had never peeled a raw carrot – her mother just bought premade frozen meals and they skipped the produce aisle. People of her generation are starting to realize that homemaking is not as easy as those who scorned it thought it was.

Further back in our science fictional and fantasy-writing history there was more of an appreciation of homemaking and handyman skills. For example, in Anne McCaffrey’s Doona series the father of a family emigrating off off overcrowded earth was chosen precisely because of his being a jack of all trades. Joe Heinlein’s juveniles, like Have Space Suit, Will Travel, exhibit these traits. Kindred, by Octavia Butler, has a homey learn-from-your elders vibe.

If you’re reading this and want to comment on instructional videos or sites you love – even sites about how to write, I’m not picky – the comments are OPEN. But what I really would like to see is more fiction that celebrates characters who understand basic homemaking and handyman skills and venerates those who pass on such skills. Apprentices to other lost and dying disciplines make interesting characters. It’s very nice that we have tons of submissions about apprentice magicians and people moving up through the ranks on a starship or in weapons training. But all I see is glamor, when basic skills are left wanting. As writers, we can be surrogates, too – teaching the value of everyday, practical skills to get our characters out of the most outlandish situations.

To quote Captain Picard, “Make it so.”