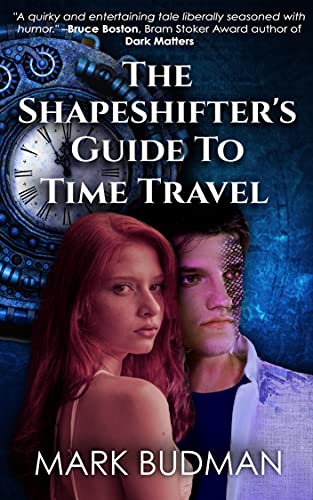 Teenaged Gavrilo is in high school in the last totalitarian country left in Eastern Europe: Temnota. He, like most younger and a few adult Temnotians is a shapeshifter. It’s an ability they lose if they are not on Temnotian soil. He’s better at it than most and his high school nickname is “The Shifter Prince.”

Rose is an American exchange student who ends up in some of his classes. Her father was Temnotian and she speaks some of the language, but she’s mainly interested in seeing some shapeshifting done live. And Gavrilo is the best shape shifter in the school, so they become friends. They’d like to be more than friends, but when they touch each other in any way, not just kissing, there is always a huge explosion.

This may be because they have incompatible types of magic: she’s a time traveler. And maybe if they combine their abilities they can retrieve something from Temnota’s past that will liberate it in the present.

The book is a YA or Middle-grade fantasy, and it pulled me right along. I was surprised by the inconclusive cliffhanger ending, but maybe there will be a sequel.

This entry was posted in Small Press Book Reviews. Bookmark the permalink.